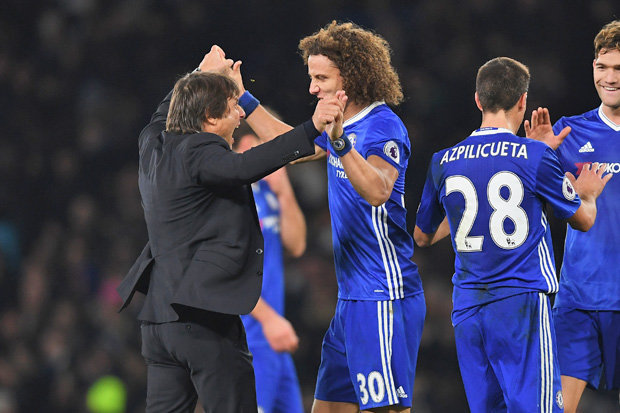 The player returned to Stamford Bridge in a shocking move last summer on the final transfer day. He had moved to France to play for Paris St Germain but returned to be one of the key players this season. He is amongst the three defenders that Conte plays in his famed 3-4-3 formation. END_OF_DOCUMENT_TOKEN_TO_BE_REPLACED 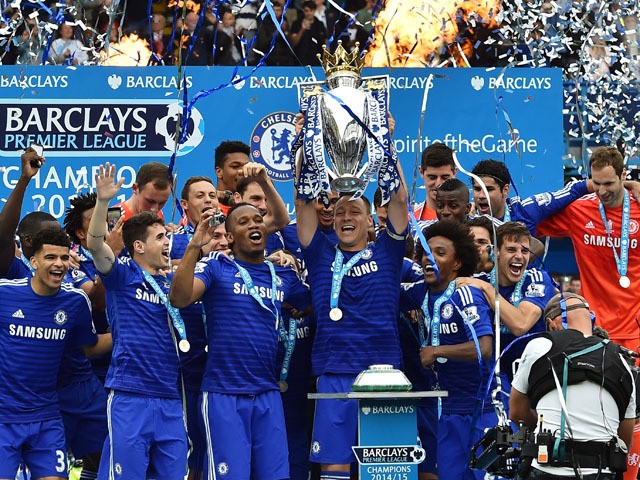 Bournemouth had an attempt hit the post but their resilience paid off in the later stages of the first half when Joshua Kings’s effort made it 2-1. After the break, the hosts pushed for an equalizer but Chelsea proved why they are atop the league. Marco Alonso’s 68th minute brilliant free kick put the game beyond Eddie Howe’s men. END_OF_DOCUMENT_TOKEN_TO_BE_REPLACED

Chelsea defender Kurt Zouma has revealed the philosophy that helped him to through his lengthy period out with injuries.

The 22-year old suffered a knee injury in February 2016 following an extended run of games last season, thereby putting an end to his season and ruling him out of Euro 2016 for France.

However, the French international finally returned to first – team action earlier this year in the FA Cup fourth round tie against Brentford, as he tries to work his way back into the team.

Zouma explains that it was his positive attitude and state of mind that has been key to his recovery and rehabilitation.

“If you are mentally good and stable, your recovery is going to be better and quicker. That’s his philosophy,” he told The Mirror.

He revealed that if you give up and you become sad while thinking about the injury, you are likely going to struggle. He feels he is still very young and can enjoy the life as a professional footballer. END_OF_DOCUMENT_TOKEN_TO_BE_REPLACED

Chelsea boss Antonio Conte claimed that the impressive return for Diego Costa after 15 days of incredible rumours shows that the team has incredible unity and spirit.

Conte had to fend off numerous questions about Costa after he was left out of the squad against Leicester City. Even though the manager claimed that it was due to a back injury,Costa was pictured having a bust up with the fitness coach and having to train alone as a result of it. The bust up reported to be created by Costa angling for a move to China, where he had reportedly been offered £30 million per year.

As one of the top strikers in the world,Costa makes a difference in any team. This was evident in the in 2-0 win over Hull City. Chelsea were struggling to create clear-cut opportunities in the game against a relegation threatened opponent. However, the blues came up with a goal just before half-time through Costa. END_OF_DOCUMENT_TOKEN_TO_BE_REPLACED

English Premier League outfit Chelsea FC are focused on their new campaign with new coach Antonio Conte at the helms of affairs. The Italian resumed finally this week at the club and was unveiled. The former coach of the Italian national team shocked people present when he said he would retain Captain John Terry whether he plays or not. The 35 year old player was lucky to have gotten another one year deal from the club and is set to continue his leadership role at the club under Conte.

The players returned to training at their Cobham base ahead of the incoming season this week. Terry posted a picture of a section of the players’ present including returning player Victor Moses, who spent last season on loan with West Ham. Some stars were missing from the pictures he posted on his Instagram account but they are all expected back as the pre season plans kicks off.

Conte was expected but he didn’t show up when the camp opened on Monday. He eventually came for his unveiling today and made a lot of statements regarding the plans for the club in the new season. END_OF_DOCUMENT_TOKEN_TO_BE_REPLACED

Chelsea manager, GuusHiddink has stated that Eden Hazard will remain at the club next season amidst interest from various European clubs.

The Dutch manager said that Hazard is an important player for the club and that he will be counting on him for next season.

Eden Hazard, who won the PFA Player of the Year award last season has failed to perform at his best level this season and has only managed to score after 29 games this season.

GuusHiddink believes that Hazard is a good player and that he is just a bit out of form. He believes that the player will recover next season and that he will be able to challenge again for the PFA Player of the Year award.

According to Hiddink, his poor form has been caused by a combination of factors especially injuries. He believes that next season the Belgium player will be back and that he will be a valuable player for the team. He said that when he is in form, Hazard is an excellent player and is an asset to any team. He believes that his long-term future is at Chelsea and that he will be there next season. END_OF_DOCUMENT_TOKEN_TO_BE_REPLACED

There have also been rumors that Chelsea might be interested in RadjaNainggolan. The midfielder who currently plays for Roma has denied any interest from Chelsea however. It is reported that Antonio Conte is a big fan of the midfielder and would have recommended the Chelsea management to try to sign him. END_OF_DOCUMENT_TOKEN_TO_BE_REPLACED

Porto, as a team, has also done well in all competitions in the 2015-16 Season. END_OF_DOCUMENT_TOKEN_TO_BE_REPLACED

The Portuguese centre-half of Real Madrid, Pepe has reportedly entered the radar of Chelsea and Jose Mourinho. Pepe is 32 years old but even at his fairly elevated age, he still manages to play at a high level and is a regular starter in Real Madrid.

It does remain unclear as if Pepe will be able to play at that same high level if he makes a move to the Premier League and joins Chelsea.

Pepe has a contract with Real Madrid which extends until the end of next summer but for a transfer fee of around €11 million it’s rumoredto be enough for Chelsea to sign the defender and lure him away from the Santiago Bernabeu.

Real Madrid’s Pepe has a very aggressive playing style and it doesn’t even come as a surprise to see him receiving yellow or red cards constantly throughout each season. Despite his hostile nature, Pepe is highly rated and considered to be one of the best defenders in the world as he isn’t afraid to give it everything he has in the pitch in every single match. END_OF_DOCUMENT_TOKEN_TO_BE_REPLACED